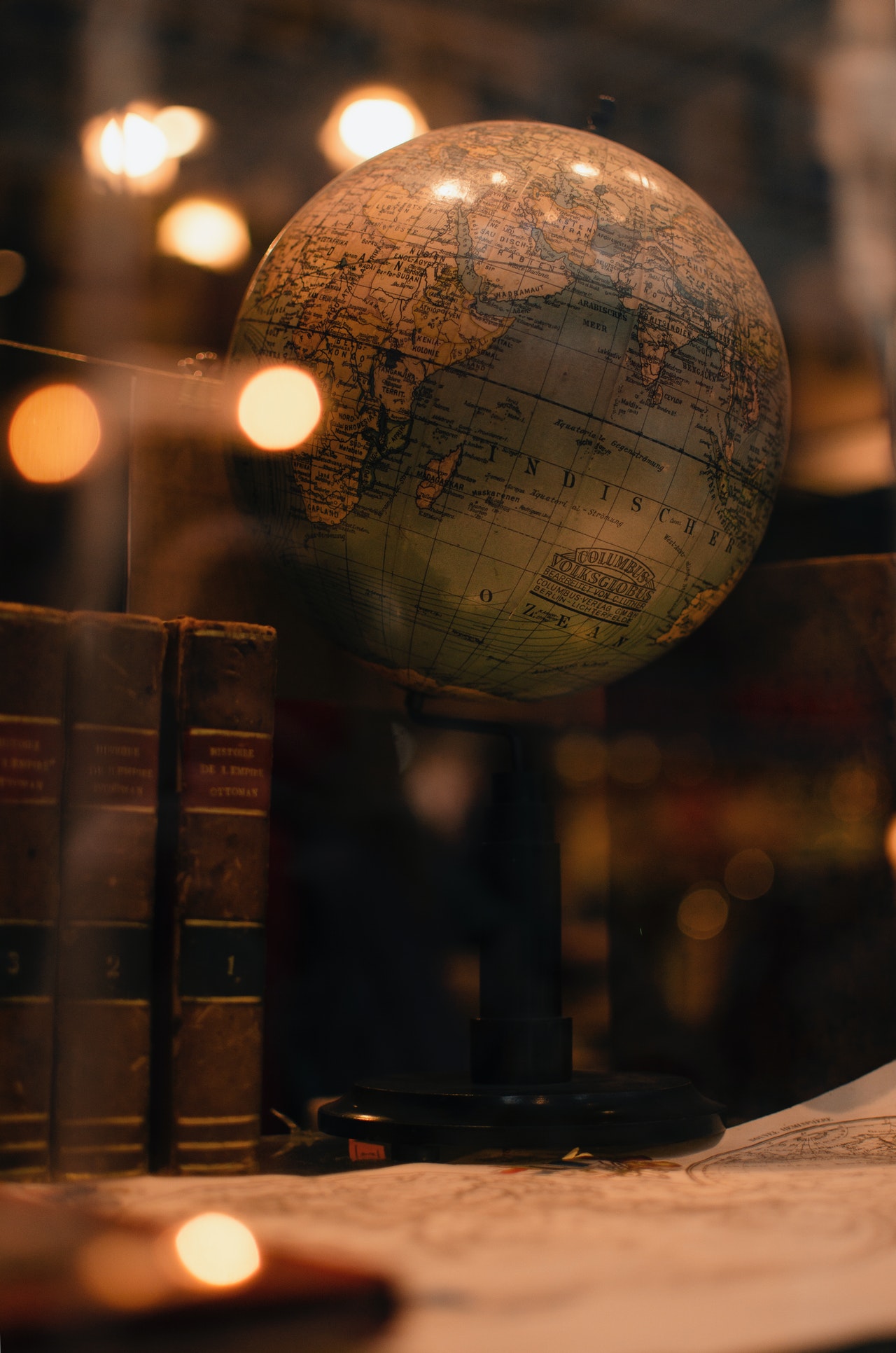 Streaming Video Databases A Sampling of Videos in the Library
Welcome
Welcome to the Erickson Library's History subject guide. You'll find tabs at the top that will lead you to additional information with print and online resources.

The Erickson Library is here to help you find credible and reliable information. Please feel free to call or email with any of your research questions.
History Background Information
Finding background information on your subject is helpful before you dive into subject specific databases. Credo Reference is a great place to start to gather ideas for keywords and gather background information.

Opposing Viewpoints and Points of View Reference Center are useful databases to get ideas for topics or to narrow your research. You'll find suggestions for topics that are currently trending and being discussed in academics and the news.

Visit the Articles tab to get more tips on using keywords in databases, and the Websites tab to find reliable tools and information from websites.
Related Guides
Erickson Library Hours and Contact Information
Monday-Thursday: 8-4:30
Friday: 8-4
(218) 733-5912
lsclibrary@lsc.edu

We now offer curbside pickup of library materials, call us for more details!
Questions? Ask a Librarian!
Citation Help
Your instructor will let you know which citation style you should use for your assignment. Purdue OWL offers introductory guides to various styles:

Purdue OWL: AMA for print or AMA for online

The Oxford encyclopedia of the history of American science, medicine, and technology (available online)

Research Databases
Keyword Search Tips
1. Break down your topic into smaller concepts and identify synonyms 2. Use and to combine keywords 3. Use or to expand your results 4. Use "quotation marks"  to search keywords as a phrase 5. Use an asterik* to search multiple endings
Newspaper Archives
Atlanta Historic Newspaper Archive
The Atlanta Historic Newspapers Archive spans the years 1947-1922 and includes the following numerous titles.

Chronicling America: Historic American Newspapers
A website that allows you to search and view newspaper pages from 1860-1922 and find information about American newspapers published between 1690-present.

Winona Newspaper Project
An online archive of three late 19th century and early 20th century Winona, MN newspapers. Includes issue of the Winonan Argus, the Winona Daily Republican, and the Winona Republican Herald. Archive includes issues through 1960 with over 150,000 pages of text. Please note: only opens in Google Chrome.
What is an OER?
Open Educational Resources (OER) are teaching, learning, and research materials that are either a) in the public domain or b) licensed in a manner that provides everyone wiht free and perpetual permission to engage in the 5R activies (retain, reuse, revise, remix, redistribute). creativecommons.org

Google Life
Search millions of photographs from the LIFE photo archive, stretching from the 1750s to today. Many were never published and are now available for the first time.

InfoPlease: Selected Activists and Reformers
Biographies of a varied list of social activists and reformers.

Minnesota Historical Society
Contains links to it's library's resources, including the visual resources database, which contains over 180,000 photographs, artwork, posters, and fine art photographs from the Society's collections.

Project Gutenberg
Free epub and Kindle eBooks to download or read online. Collection focus is on older works with which U.S. copyright has expired.

Occupational Outlook Handbook
Streaming Video Databases
A Sampling of Videos in the Library
America: the story of us (CIRCULATING MEDIA E178 .A44 2013)
Focuses on the people, ideas and events covering 400 years of American history.

The Black Panthers: vanguard of the revolution (CIRCULATING MEDIA E185.615 .B53 2016)
This is the first feature length documentary to explore the Black Panther Party, its significance to the braoder American culture, its cultural and political awakening for black people, and the painful lesons wrought when a movement derails.

Legacy of the Weeks Act 100 years of restoring America's forests (CIRCULATING MEDIA SD412 .U833 2011)
Signed into law by President William Howard Taft' the Weeks Act permitted the federal government to purchase private land in order to protec tthe headwaters of rivers and watersheds in the eastern United Stated and called for fire protection efforts through federal, state, and private cooperation.

The Vietnam War (CIRCULATING MEDIA DS557.7 .V542 2017)
This series explores the human dimensions of the war through revelatory testimony of nearly 80 withnesses from all sides. Features rarely seen photography, as well as more than 100 iconic musical recordings.

World War II: The War Chronicles (CIRCULATING MEDIA D743 .W6753 2011)
This comprehensive video features the greatest World War II documentaries, each packed with original archival footage, interviews with military experts and historians, and gripping reenactments from the War in Europe to the war in the Pacific.