Salem History is an online database of full-text reference e-books and primary sources on American history and world history.

Daily Life Online is a database providing information on the daily lives of people around the world. The content includes books, articles, images, maps, primary documents, and more. 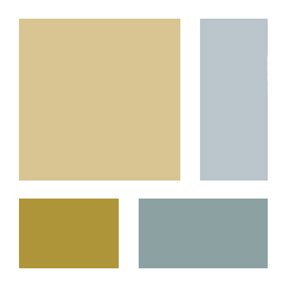 Artstor is a cross-disciplinary image database. It offers collections of approximately 300,000 art images and descriptive information covering art, architecture and archeology. ARTstor's accompanying software tools will support a wide range of pedagogical and research uses including: viewing and analyzing images through features such as zooming and panning, saving groups of images online for personal or shared uses, and creating and delivering presentations both online and offline.

Books usually provide you with substantial information and detail on a topic. Most books also include bibliographies that lead you to other sources related to your topic. Books on historical topics may also contain primary sources, either as excerpts or in their entirety.

Milestone Documents in World History
REF D5 .M54 2010
Key documents from all important world cultures are included, from the ancient Near East and ancient Egypt to the Greek and Roman Empires, medieval Islam, Renaissance Europe, and modern Africa and Asia. Constitutions, speeches, letters, acts, treaties, and legal cases are all covered.

Book Search searches the listing of books and ebooks available at the Normandale Library.

Note: Book Search results include both online ebooks and paper books available for pickup at the library. Follow these instructions to request a paper book (PDF) be held for pickup.

Find Primary Sources on the Internet


Pompeii Bibliography and Mapping Project
A full-text repository and a Geographical Information System (GIS) of the ancient city of Pompeii.

Open Domesday
Digital copy of the Domesday Book, including geographic and biographic information.

Digital Atlas of Roman and Medieval Civilizations
Spatial and temporal analyses of civilizations of western Eurasia, as well as original maps illustrating aspects of ancient and medieval civilization.

EuroDocs: Online Sources for European History
A wealth of primary source material from 48 countries (plus Vatican City). Sites are sorted by country. Available sources include letters, facsimilies of paintings and photographs, journals, and official documents.

The National Security Archive: The Atomic Bomb and the End of World War II: A Collection of Primary Sources
The Archive serves as a repository of government records on a wide range of topics pertaining to the national security, foreign, intelligence, and economic policies of the United States. The Archive also collects and publishes declassified documents obtained through the Freedom of Information Act.

American Memory
Provides "a gateway to rich primary source materials relating to the history and culture of the United States. The site offers more than 7 million digital items from more than 100 historical collections."

Freedom Riders in the South, 1961 (FBI Archive)
Materials from the FBI Library about the 1961 Freedom Rides, a civil rights movement action against racial segregation on buses in the South.

American Indian Movement and Native American Radicalism
Materials from the FBI Library about the American Indian Movement (AIM) which was formed in 1968. Black Liberation Army (FBI archive)
Materials from the FBI Library about the Black Liberation Army (BLA) which operated from 1970 to 1981.
Umbra Search
Umbra Search is a specialized search engine that connects you to documents and photographs related to African American history and culture available online in different libraries, museums, and archives.

Call, e-mail, or chat with a librarian for more research assistance. We're happy to help!

Note: Your chat question may be directed to a librarian from another college when Normandale librarians are unavailable.

Access Databases from Off Campus
In order to access databases and other Library resources from off campus, login with your StarID and password when prompted.  Off-campus access to library databases is only available to current Normandale students, staff, and faculty.

Need more options? Check out one of these guides from libraries around the country:

Guide to Online Primary Sources
Contains many links to online sources, from the University of California, San Diego. Note: some sites are only available to UCSD.

Primary Sources
Guide to primary sources on the internet, from Arizona State Univeristy.